The No Angels Filmset 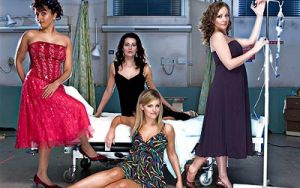 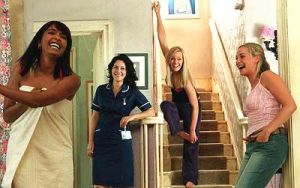 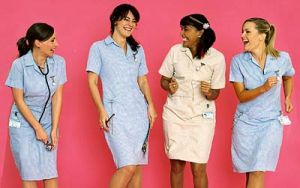 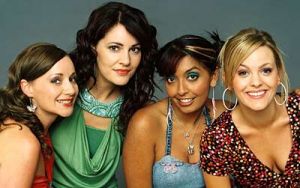 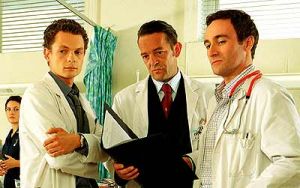 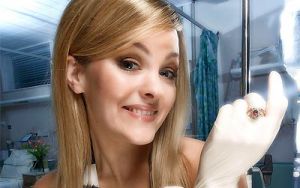 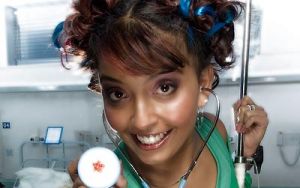 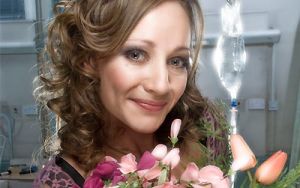 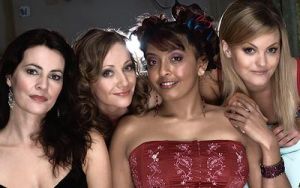 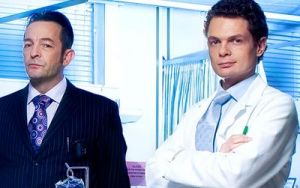 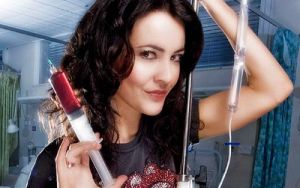 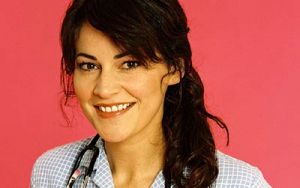 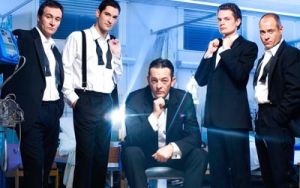 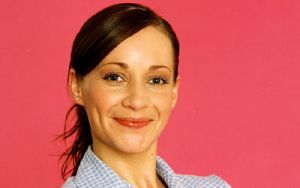 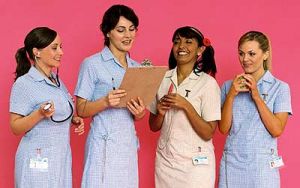 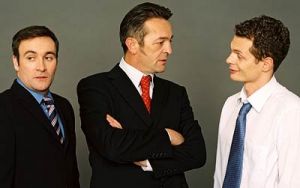 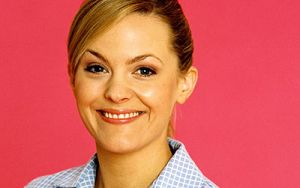 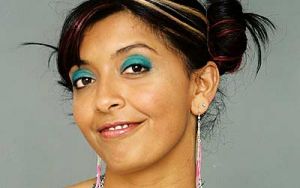 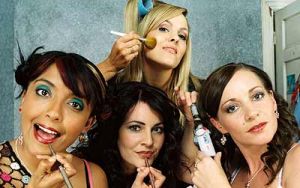 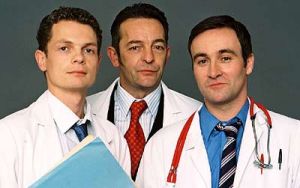 No Angels was filmed on location at High Royds In Ward 11 Rigton, Originally The Male Chronic Block.

A critically acclaimed comedy drama following four young nurses facing life, death and lunacy on the wards of St Margaret’s, No Angels is a witty and honest look at the friendship of four young women who juggle a messy job in the modern NHS with equally messy and unpredictable off-duty lives.

Warding off the ghosts of High Royds

Wharfedale’s wish to see High Royds become a hospital again is a reality – but only on film.

Filming is now under way at the 110-year-old former psychiatric hospital in Menston for a Channel Four comedy series called No Angels, which focuses on the lives of four out-going nurses.

A nightclub, pub, flats, staff room and a 12-bed ward have been built inside the hospital for the production. Viewers will now know High Royds as St Margaret’s Hospital.

All the ward signs have been put back up and for the first time High Royds has an X-ray and accident and emergency department.

But things have literally been going bump in the night for some cast members.

There have been ghostly goings on in the eerie corridors of High Royds hospital with spooky voices being heard.

Actors Kaye Wragg and Derek Riddell heard a ghostly voice whilst filming a sex scene in one of the old wards.

Kaye, who plays Kate in the series, said: “Some of us have seen ghosts, I was told to get out of a ward by one.

“I was doing a bed scene and it was near midnight and during the take I heard this voice whisper in my ear `get out of here’.

“Derek heard it too, I thought someone was playing a joke on us but there was no one there. It was really scary.

“We had to lay on the bed together for the next scene and it collapsed and nearly crushed one of the other actors.

“It is scary walking down the corridors at lunch time.”

Actress Louise Delamere, who plays Lia in the production, said it had been enjoyable, but there were some occupational hazards.

“It is hard work being stuck in a mental hospital for six months. Some people have seen ghosts and the security guards don’t like it here at night.

“People keep seeing and hearing things. There have been some of the old patients turning up thinking it is open again.”

She added: “I want to see the cells before I leave.”

The cast began filming in April and have had a tough schedule starting at6amand not finishing until8pm.

Filming is expected to finish in September.

The actors all live in Adel together and have researched the series by doing work experience at aLeedshospital.

“It is quite a twisted drama,” added Kaye.

“It takes serious situations and makes them comical, everything that happens has actually happened in real life. They are true stories, it is nothing likeHolbyCity.

“My character is over the top and wears her heart on her sleeve. The viewers will see her struggle with men and fall in love with doctors.”

Billed as more Sex in the City thanHolbyCity, the series isn’t like the average hospital drama. The beds are unmade and the staff room is full of HP sauce and dirty mugs.

It took two months for the design team to re-create a hospital inside High Royds.

“We have had to do everything,” said Producer Helen Gregory.

back in and created all the sets inside it.

“Our location manager found High Royds. We wanted a studio or an old warehouse but when we found a disused hospital it was great.

“This is the perfect place we are lucky to get it. We can only film inside the hospital because it is supposed to be a modern hospital and the outside is too old.

“We have built all our own sets inside. We choseLeedsbecause it is a lively place and famous for its hospitals. A lot of the stories in the series are true.

“I would love to have a second series but we will have to wait and see. I do not know if High Royds will be available again.”

The ten part series is due to be shown in January.

Other cast members include Derek Riddell, famed for playing Rab in The Book Group, Sunetra Sarker, ofBrooksidefame, and Jo Joyner.

From the Telegraph & Argus http://www.cravenherald.co.uk