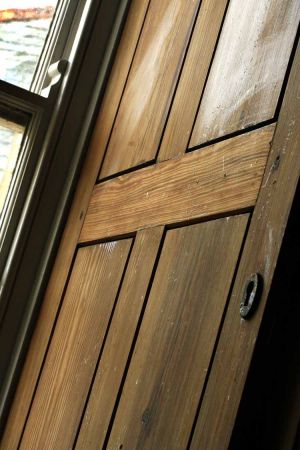 Originally when the single rooms were seclusion cells they were very basic with the emphasis on security.

Instead of curtains there was a versatile shutter system. The Shutter would swing to either lock over the window during the night, or lock against a recess in the wall throughout the day.

The shutters were made of heavy seasoned wood that was both secure and practical.

Some of these shutters still remain today within the wards.