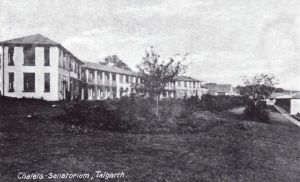 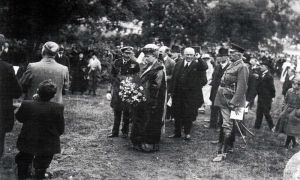 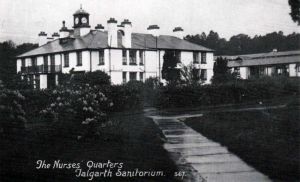 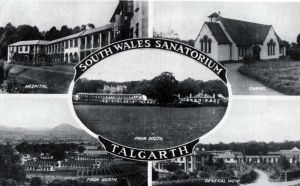 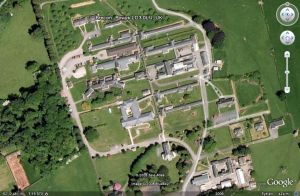 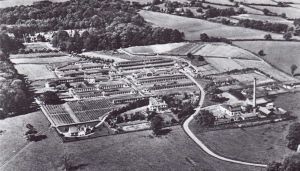 In 1910, a national conference was convened in Shrewsbury by AldermanJohn Chappel, Lord Mayor of Cardiff, to consider the question of a welsh memorial to King Edward VII. At that conference, it was decided that the memorial should take the form of an organised campaign to eradicate tuberculosis in Wales.

Meetings were held throughout the principality to advocate the memorial and to raise funds to prepare a scheme, contributions were recieved from numerous bodies, including the treasury.

It was the 17th May 1912 the King Edward VII Welsh National Memorial association was formed by Royal Charter for the purpose of providing Sanatoria and other institutions for the prevention and treatment of tuberculosis.

The first President was David Davies M.P, who was later to become Lord Davies of Llandinam.

In May 1913, Pontywal Mansion at Bronllys was aquired for the erection of a sanitorium with a provisional number of patients for treatment of 256 adults and 48 boys.

The mansion replaced a residence of Howell Harris(1714-73) whose brother owned more than 1000 acres within the area of Bronnlys, Trefecca and Tregunter.

Evan Hughes, who was the high sheriff of Breconshire lived at Pontywal in 1759 and later the Crayshaw  family owned it between 1870-1900. In 1902, Capt, Hughes Morgan (who incidently owned the first car in Breconshire, registered EU 1) owned the mansions and the Tregunter Park Estate. The next owner was Capt, Stuart Williams, a former Chief Constable of Breconshire and he sold the remaining 373 acres of the estate to the Welsh National memorial Association in May 1913 for the sum of £15,600