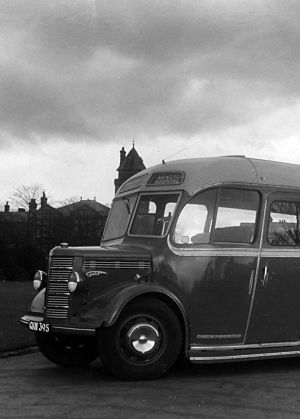 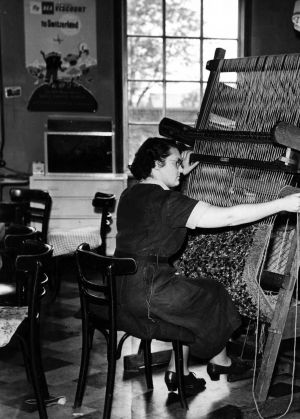 This book is an attempt to tell the story of the asylum which eventually became High Royds, and set it in its historical context. It is based to a large extent on other previously published leaflets, pamphlets and articles about the hospital, and I am indebted to Dr Roy Hullin and the other authors of these documents for their research.

I had the privilege and the frustration of working at High Royds Hospital from 1988 until just before its closure in 2003. It was a privilege in the sense of working with a wide range of professionals, many of whom had the highest ideals to provide the best care they could despite the sometimes unacceptable quality of the environment around them. It was a frustration in the sense that talk of closing and re-providing the hospital’s services had been in the air for decades, with plan after plan being drawn up only to become shelved when either resources or political will were found wanting.

This short history serves as a marker for, and an opportunity to reflect on,the place of High Royds Hospital in the history of services provided for those with mental health problems in Leeds and beyond. Those who ever had reason to visit the old Board Room in the hospital will recall seeing there the Victorian painting which depicted the hospital and its setting at the time of its opening. That painting spoke of the grandeur of the enterprise, and the  of its time – enlightened vision it gave of how those with mental health problems should rightly be treated. No one can argue with the fact that the hospital subsequently fell victim to the failure of policy to keep up with the demand for provision of mental health care. No one can argue also with the fact that there were times when – in common with most such institutions – conditions of treatment were frankly unacceptable. Nevertheless, this history provides a reminder of the aspirations of the hospital and the many advances with which it was associated.

The final delivery of the £47 million re provision programme which  amongst other things – enabled the final closure of High Royds Hospital, brought to an end the frustration of a generation of healthcare professionals and service users alike. Compared with what it replaced, it saw services being provided in radically improved environments, with the privacy and dignity that its users deserve. It is a truism, however, that the quality of those environments is only the starting point for delivering acceptable care. There is still much to achieve before the trust can reach its ambition of being the best possible provider of mental health services.

Reflecting on – and learning from – this important landmark in our past can only help in realising that ambition.

When I was asked by Leeds Mental Health Teaching NHS Trust to help them with this book it was not because I can claim any insight into High Royds Hospital or bring any special  knowledge of mental health services.  Thinking about my childhood in Pudsey, a few miles from High Royds, the hospital did play a very small part in my life. On outings to the Dales, my nose pressed against the window of my parents’ Morris 1100, the clock tower of High Royds was the landmark just after Harry Ramsden’s Fish and Chip Restaurant, a place of mystery who knew what secrets lay behind that grand façade?

The hospital was one of those places people didn’t really talk about, though I can remember “you’re from Menston” was an insult hurled in the play ground by kids who didn’t really understand what it meant.  Years later, as press officer at United Leeds Teaching Hospitals in the 1990s, I finally got to visit High Royds on official business. This was a short trip to discuss the future of  Wharfedale Hospital in Otley, as there was some suggestion at the time since abandoned that it could be rebuilt on the High Royds site.

The hospital was clearly being run down at this stage, and my abiding memory is of the emptiness of this vast building, the corridors which must once have echoed with so many footsteps standing mute and forlorn, rows of closed doors giving little indication of who or what was behind them. This book is an attempt to tell the story of the asylum which eventually became High Royds, and set it in its historical context. It is based to a large extent on other previously published leaflets, pamphlets and articles about the hospital, and I am indebted to Dr Roy Hullin and the other authors of these documents for their research. I am conscious that the building is only half the story, and the voices of the nameless thousands who passed through the doors of the asylum over the years are unrecorded. The hospital cemetery, tucked well out of the way behind the present ambulance station in Buckle Lane, where so many of those early “pauper lunatics” were laid to rest with no headstone to recall their existence, is a good place to reflect on their lives.