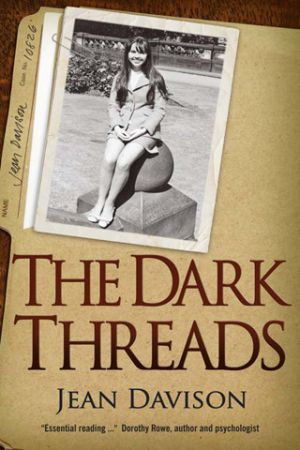 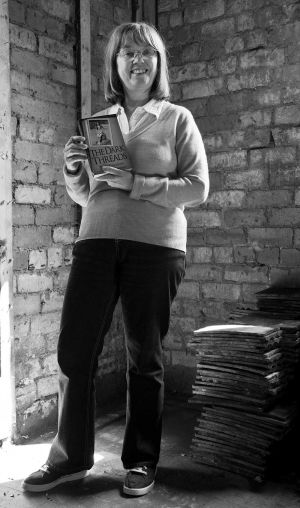 At the age of 18, Jean Davison sought help from her GP. what followed was five years of misdiagnosis, strong drugs and elctro-shocktreatment

JEAN Davison is understandably angry. Forty years after she went to her GP for help with depression, she is still aggrieved at a system that she feels robbed her of five years of her life.

“I was a troubled teenager,” explains Jean. “I was bullied at school in Bradford and left when I was 15 and ended up in boring factory jobs which just didn’t stimulate me. “I started to question what life was about. I turned to religion but then I started to question that too.”

Unhappy at home and work, excruciatingly shy and in need of someone to talk to Jean turned to her GP for help. “He just prescribed antidepressants, tranquillisers and sleeping tablets, but they made me feel worse.” Jean now realises that she was showing classic signs of depression, but back in the 1960s the medical profession was quick to prescribe drugs rather than get to the root cause of a patient’s problems. “Rather naively I asked the GP whether he felt I should see a psychiatrist. I felt that there must be someone able to help me.” An awkward, shy teenager at the time, Jean can see looking back that she may not have put over very well how she was feeling about life and religion and, as a result, the psychiatrist suggested she go to hospital, just for a week, for a rest. “He made it sound like the natural thing, and I suppose I trusted him.”

When she was told it would be to High Royds she knew it was a mental hospital but she agreed to go as a voluntary patient. “He made it sound no big deal, but it was the biggest mistake of my life.” What happened over the next five years forms the basis of Jean’s book The Dark Threads, out this week. “How was I to know thatstraight away the system would come down on me like a steamroller? I was heavily drugged with anti-psychotic drugs although I had shown no psychotic tendencies and while in this stupor I agreed to ECT (electro convulsive therapy.”

Rather than making Jean feel better, all these treatments made her feel worse, mainly as side effects of the medication. “No-one ever suggested I come off the drugs and see how I was without them. Once in that system it was impossible to get out.” What started as a week’s “rest” ended up as four months in hospital followed by years as an outpatient. “Starting from when I first saw a psychiatrist, my past was rewritten to fit a ‘mental illness’ label,” says Jean in her book. “No longer a normal teenager but a ‘case’. My thoughts and experiences were devalued, their content seen as nothing but ‘symptoms’. “What little self-confidence I had was crushed out of me.

The messages I received were loud and clear. Something was fundamentally wrong with me, my brain needed changing; I was tragically flawed.” It was only while getting ready to publish The Dark Threads from diaries that she had kept during her illness that Jean stumbled over a shocking fact which gave some explanation as to the rigours of her treatment. “I asked for my case notes, many of which I have included in the book and discovered that the original psychiatrist had diagnosed me as having schizophrenia ‘simplex’ based on the negative symptoms of the
condition, such as lethargy, blunted emotions, social withdrawal. I had none of the ‘positive’ symptoms such as hearing voices, hallucinations or psychotic delusions. But that label dictated how I was treated. By the age of 20 I was said to have chronic schizophrenia. “I had mixed emotion when I read the case notes. It explained a lot but I still didn’t understand why I had been given that diagnosis.

I was heavily drugged and while in a stupor agreed to electroconvulsive therapy.

One psychiatrist did say that he thought I might not have a mental illness and that I was just very intelligent, but then he left and it was never followed up.” after five years of strong
drugs, Jean decided one day to come off them. “I did make the mistake of coming off everything at once, but no-one seemed to want to help me. But that is no way to come off drugs and so I ended up back on them. But then I tried again and it worked and I haven’t touched them since.” Jean describes in the book how coming off the drugs made her feel. “No more pills.  No more zombie days. I could see, feel, taste, smell, laugh and cry. Had I ever really been alive before? When you emerge from a long, dark tunnel the light dazzles.”

Immediately her life started to turn around. She got a job and started to study first for the O-levels she had missed at school and then A -levels and a degree, all at night school, while holding down a job. It appeared that one psychiatrist had been right; Jean was very intelligent, and graduated with a first-class honours degree in Combined Studies from Leeds Metropolitan University.

It was during this time that she met and married her husband Ian. “When I realised that it was serious, I told him I had been in a mental hospital, but it didn’t seem to bother him.” Ian did have reservations later when Jean was determined to publish her book. “A part of me felt that the past should stay in the past. But it was important for Jean to lay those ghosts to rest,” he says. So has she managed to do that? “Writing the book has helped, although I too have reservations about telling the world my story. “But it is the only way that I can raise awareness about the treatment of psychiatric patients still relevant today. Things have improved but there is still a long way to go.”

Jean now lives happily in a modest semi-detached house in the Bramley area of Leeds with Ian. She works for a charity associated with the mental health charity Mind, lending a listening ear to
those worried about their mental health – an ear that , was not there for her.

If you feel you or a member of your family may have a mental health problem there are a number of organisations that might be able to help.