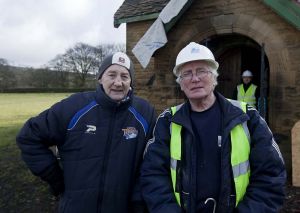 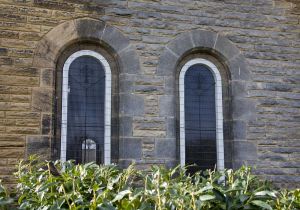 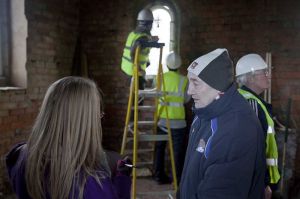 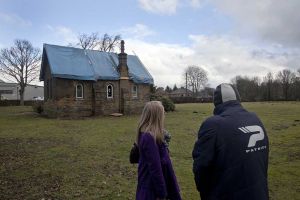 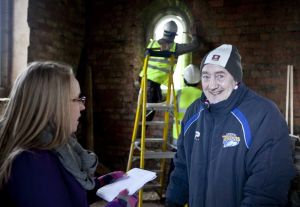 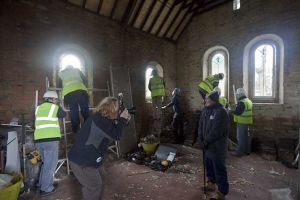 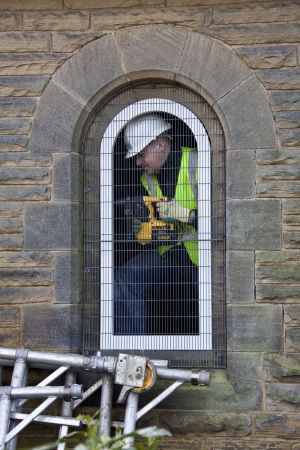 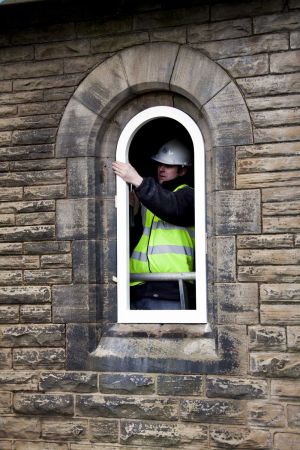 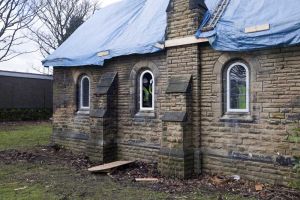 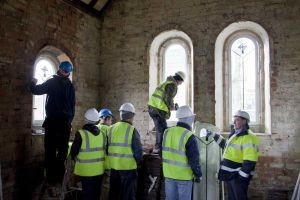 New life has been breathed into a dilapidated chapel in Leeds that marks the final resting place for thousands of former mental hospital patients.

The small chapel that was left to rot on Buckle Lane, in Menston, is slowly coming back to life as part of a campaign to help create a memorial to High Royds patients buried in unmarked graves.

Apprentices from Leeds College of Building have helped create, craft and install new will eventually become a memorial to the 2,861 patients buried in its grounds.

Around 30 students have been involved in the project and almost a dozen donned their hard hats on site to help fit the frames and insert the windows, which are marked with a simple cross.

Tutor Joe Clancy said he was very impressed with how the chapel is starting to take shape.

He became involved in the project after reading an article about the campaign in the Yorkshire Evening Post and decided to see if there was anything he could do to help.

Mr Clancy said: “When I came in here I didn’t think that we would be able to get this done as quickly as we have.

“I am very impressed with how it has turned out. I think it will look great when everything has been completed.”

The chapel’s transformation is part of former patient Derek Hutchinson’s crusade to turn the building and the unmarked field into a lasting memorial.

When he discovered the chapel he was so appalled at its state of disrepair and the over-grown fields around it that Mr Hutchinson decided to launch his campaign.

Mr Hutchinson, who is also chairman of The Friends of High Royds Memorial Garden charity, praised the work that Mr Clancy and the students have done.

He said: “It’s amazing that they have managed to do this. When you see something that you have wanted to do for ages and it all starts to come together it is brilliant.

“There are just no words to describe how I feel because a thank you to the team just doesn’t really say it.

“These people that are in the ground have been forgotten about after all these years and now they will never be forgotten.”

Now Mr Hutchinson hopes that the brick work will be maintained and the roof will be re-tiled.

When the work to restore chapel is completed he hopes to put photographs around the walls charting the lives of the patients that are buried there.