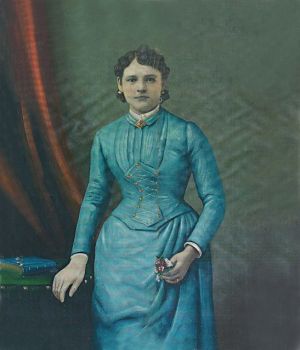 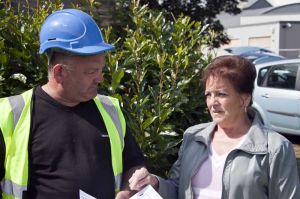 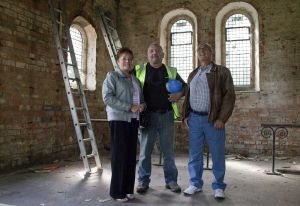 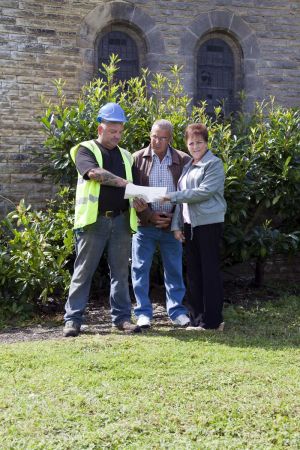 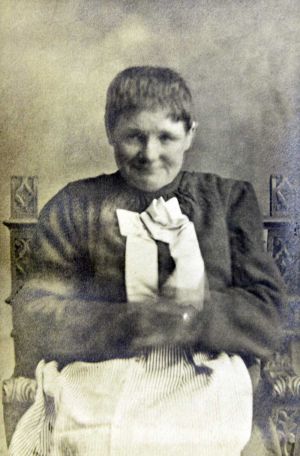 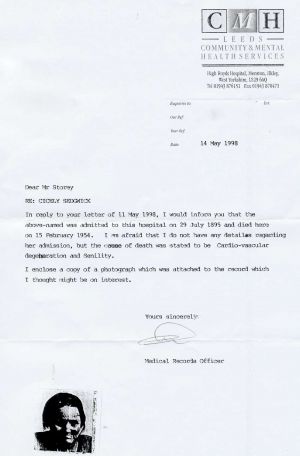 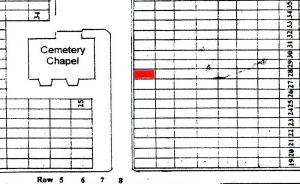 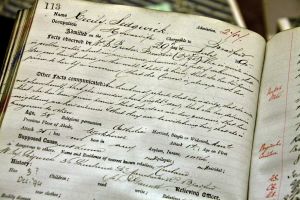 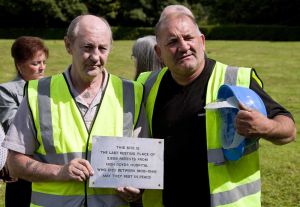 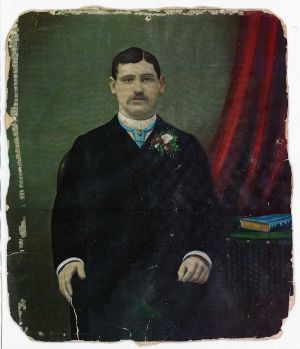 The poem, “Row 9, Grave 28” was written and donated to us in memoriam of Cicely Sedgewick by Alan Storey, a local builder and volunteer of High Royds

Burial Ground. Cicely was Alan’s Grandmother and a patient at the hospital from 1895 – 1954 after being admitted for “milk fever”. She was buried in the cemetery in 1954.

At rest they all lie together,
Their earthly days now done
Strangers beside one another
But buried together as one.

Tormented poor souls now reunited
All by the finger of fate
Eternity waits for the foursome
By way of the old chapel gate.

Unclaimed by the families they came from.
Life’s journey is near to its end
Now awaits the attendant gravedigger
The last six foot, his duty to send.

Four lives from out of so many
Gertrude and Margaret and Dan.
Strangers lying so long together
With Cicely my grandmother’s Gran.

The image of Cicely as taken on her wedding day. Cicely was admitted to Menston Asylum in 1895 due to “milk fever”. She was to remain a patient until her death in 1954, 59 years later.